A bright yellow and orange-coloured mural will greet homeowners in the Central Frederick area of Kitchener when they cross the intersection of Lancaster and Chapel streets.

The mural, installed Friday morning, is the latest effort by the Central Frederick Neighbourhood Association to slow down commuters along a very narrow stretch of the Lancaster from Krug to Frederick Streets.

This is the same neighbourhood that erected hand painted signs reading "Drive Like You Live Here" in 2014.

Laura McBride, the head of Central Frederick Pedestrian Neighbourhood Committee and designer of the mural, hopes that installing a vibrant artwork at the intersection will alert more drivers that a crosswalk is there.

"We had been asking for stop signs and speed bumps and we had to acknowledge it wasn't going to happen," McBride said.

"When we changed gears and went to less expensive and less infrastructure-type solutions the city was more supportive."

The neighbourhood association had also lobbied for a one-way street but that would affect the route fire trucks at the station at Lancaster and Guelph Streets take to get downtown in the event of an emergency.

Lancaster Street is one of the oldest streets in the city of Kitchener and built before cars were popular.

McBride says that stretch of road is so narrow walkers on the sidewalk can put their hands out to feel the closeness of the cars travelling by.

The route has also been popular for commuters since construction began on the LRT and the Margaret Avenue bridge was replaced.

The design for the mural going into the Lancaster and Chapel crosswalk. It was designed by Laura McBride. (Laura McBride) 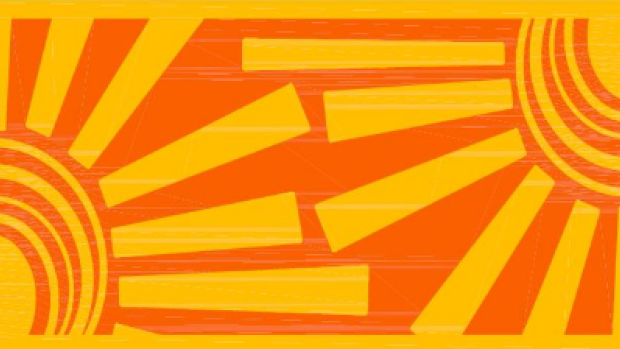